Thus Another Day in 1959 Tokyo

Update: I was pleased to see that this post was referenced in an exploration of the regenerative nature of Tokyo development, by Manuel Bouzas: “From the ephemeral city to the Metabolizing city” 一時的な都市から代謝都市へ. That document made reference to Metabolism principles, which I’ve also written about in an early post.

Keisuke Kinoshita 木下惠介 was a wonderful filmmaker. In the half-dozen films of his I’ve seen, he effectively balance humor and sadness, optimism and cynicism. Visually, his use of real-world locations provides a rich visual library of what Tokyo and Japan looked like in the 1940’s, 50’s, and 60’s.

In The Eternal Rainbow この天の虹 (1958), the real-life Yawata Steel Works 八幡製鉄所 (map) in Kitakyushu 北九州市 (near Kokura) is one of the film’s main characters. Although the film is de facto propaganda for the steel company, it is good propaganda. And it’s good for history fanatics. The establishing shots and transitional scenes show us what this Japanese steel town looked like in 1958.

Inside the factory, hot steel spins through the machines like spaghetti:

Railroad ties being processed in a steel factory in Japan.

A moment of beauty (?) on the hillside:

Kinoshita (or his cinematographer) often worked with a wide lens and would pan left to right (or right to left) for almost 180 degrees, as seen in the shots above. Similarly, in an early sequence of Thus Another Day 今日もまたかくてありなん (Kyō mo mata kakute arinan), the husband’s morning commute to Tokyo is illustrated by an exceptional view of the Tokyo Station area.

The attached photo is built from several screenshots from the film. I labeled the four most prominent-looking buildings 1-4 for reference.

Here is the same location from 1962. In trying to identify these buildings, I inadvertently learned a fair amount about this part of town. 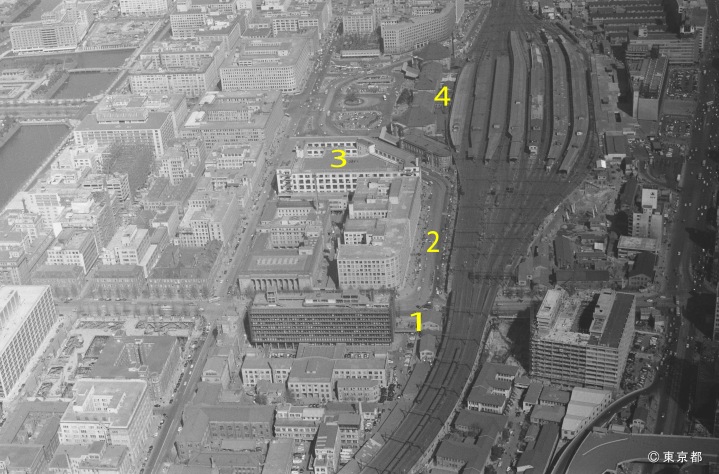 The first building is now the site of the famed Tokyo International Forum 東京国際フォーラム, a structure rightly heralded by Tokyo guidebooks. Unfortunately, as a tourist, once you spend five minutes in the building, you realize there’s not much to actually do there (map).

Before the forum, the site was occupied by the old Tokyo Metropolitan Government Building, which was designed by the incomparable Kenzo Tange 丹下健三 and completed in 1957, just a year before the filming of Thus Another Day.

The old Tokyo Metropolitan Government Building was demolished prior to 1992 to make room for the Tokyo International Forum.

If Tange was disappointed by the destruction of  his 1957 building, he was fortunate to be awarded with the design of its replacement, which was built in Shinjuku in 1991. The new Tokyo Metropolitan Government Building is now a landmark known for its free observation decks, from which virtually all of Tokyo appears visible. 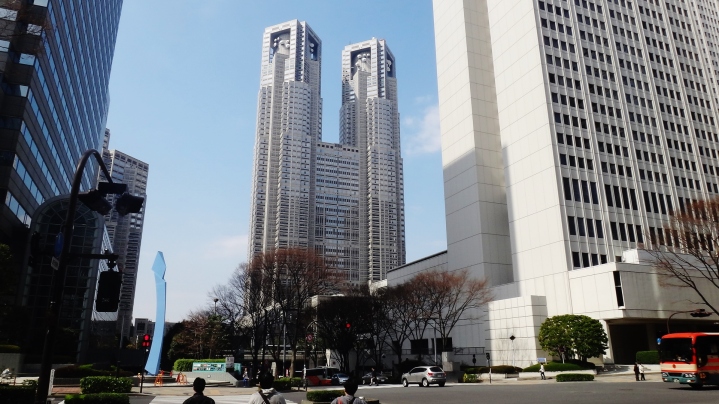 The new “Tokyo Building”, which houses the TOKIA dining & shopping center, and the area map:

The previous “Tokyo Building” was built here between 1950-55, just at the start of Tokyo and Japan’s postwar reconstruction. The building was demolished in 2003, with the new building being completed in 2005. Because the name of the building is so generic, the only pictures I could find are aerial photographs, including one above, and also the following: 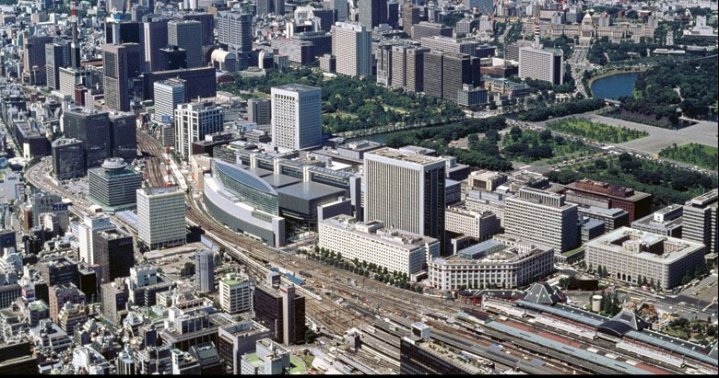 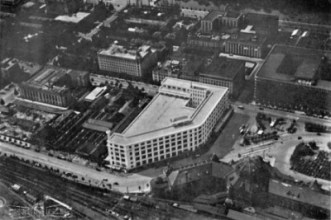 Like some other old building in this part of Tokyo, the old Tokyo Central Post Office fell victim to “facadicide”, the process by which all but the facade of a building is replaced by new construction. Many preservationists hate it, but facadicide is a reasonable alternative to the complete loss of architectural artifacts, especially in Tokyo, where average building lives are shockingly low.

The old structure now forms the facade of the first stories of the JP Tower JPタワー  / KITTE mall (map).

Need I say more about this building? So much has already been said in light of its recent renovations and its 100-year anniversary (map). 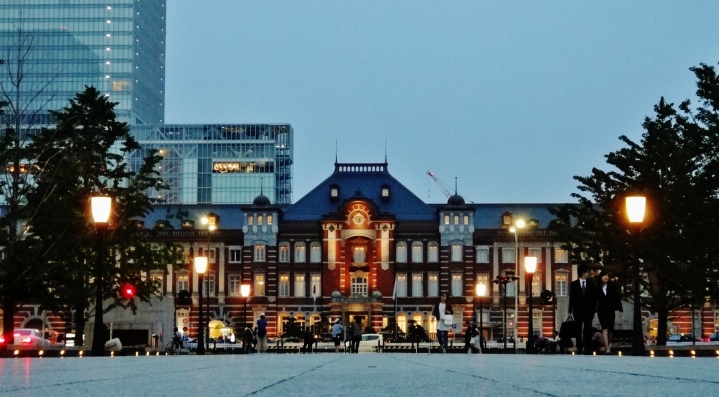 Tokyo station from the top of KITTE mall: 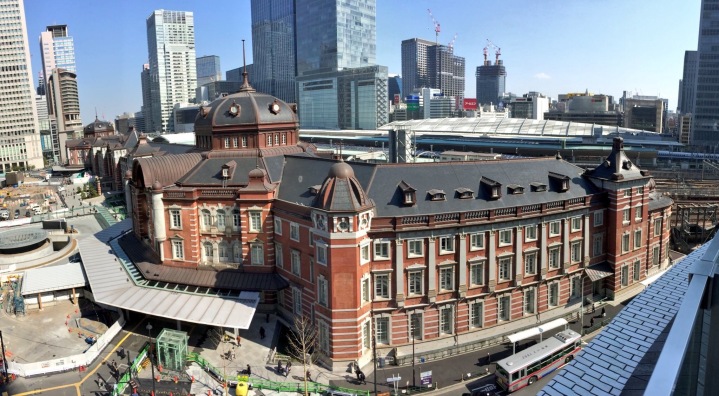 Here are some very recent photographs, provided courtesy of a fellow Tokyo blogger!  Check out her page: http://blog.tokyololas.com/

These photos were taken from the Gran Tokyo South Tower グラントウキョウサウスタワー (map), part of the Tokyo Station City complex 東京駅が街になる. In the picture at left, the narrow Tokyo International Forum is on the left, and the Tokyo Building/TOKIA is in the foreground. In the next picture, the facade of the old Central Post Office is visible in the bottom left of the frame, with the roof of Tokyo Station dominating the middle of the frame. 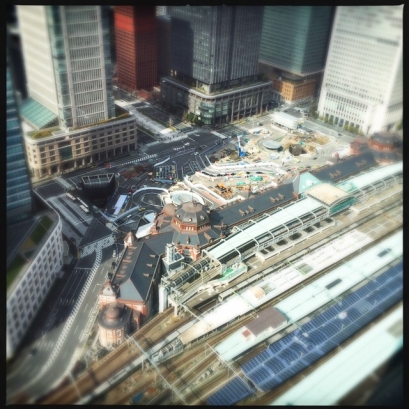