Scenes from: An Autumn Afternoon (1962) 秋刀魚の味

I was pleased to see this post used as a reference in a Turkish magazine, Japon Sinemasi (website).

About a year ago I started binge-watching Yasujiro Ozu’s post-war domestic dramas. The cast of each film hardly seems to change from one film to the next, and the plots are all fairly simple, so it’s easy to get them mixed up.

Maybe my favorite from this group of films is An Autumn Afternoon 秋刀魚の味 (Sanma no aji / “The Taste of Mackerel Pike”), Ozu’s final film.

Like many of this series, the film is languorous, spending ample time on the visual details of architecture, place, lighting, and visual depth.

The gentle darkness of early evening… 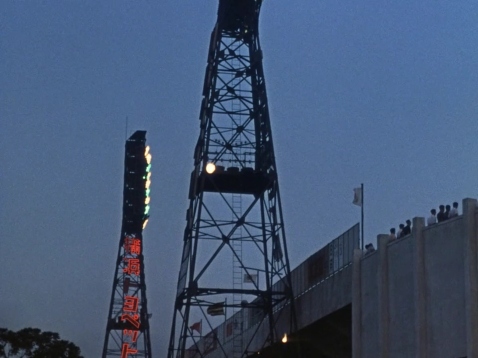 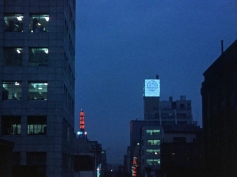 The iconic Morinaga & Co. 森永製菓 “Ginza Globe” 「銀座の地球儀」, during its reincarnation from around 1953 to 1983. The globe can be seen advertising “Morinaga Milk Caramel” 「森永ミルクキャラメル」 in the first photo. 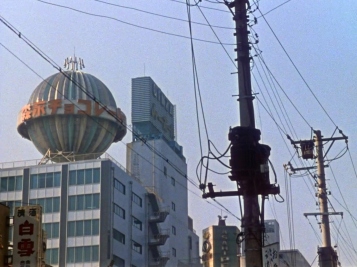 After work drinks, perhaps in Ginza…

(In the second photo we see a sign, “TORYS BAR” – not sure if it’s 100% related, but there’s reference to a bar with the same name, located in Kamata, in Seicho Matsumoto’s serialized 1960-1961 novel, “Inspector Imanishi Investigates”『砂の器』 . TORYS may have been a chain from that time period.)

The urban fabric of trains and apartment buildings… 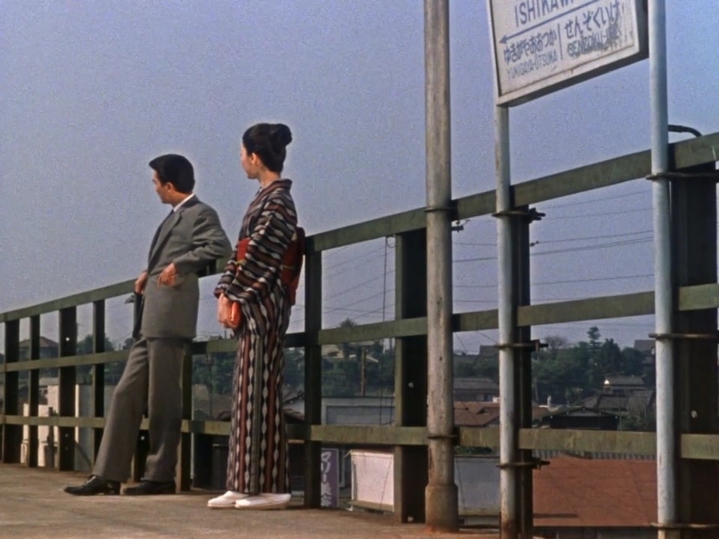 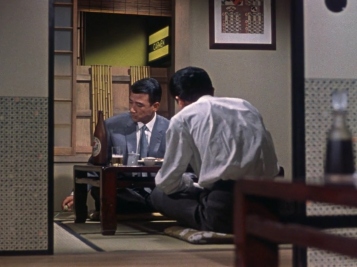 And the eternal struggle to find one’s place in this world.

And one last amusing detail:

I'm impressed. Even back in 1962 Japan used electronic buttons to summon waitresses. From "An Autumn Afternoon": pic.twitter.com/C27qh15Kwx

Other films from Director Yasujiro Ozu: 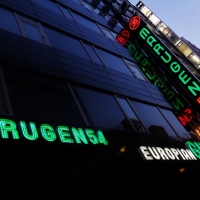