October 14, 2016 update: the Tokyo government has updated their crime map website, which is now available in both Japanese and English. See link for new website. 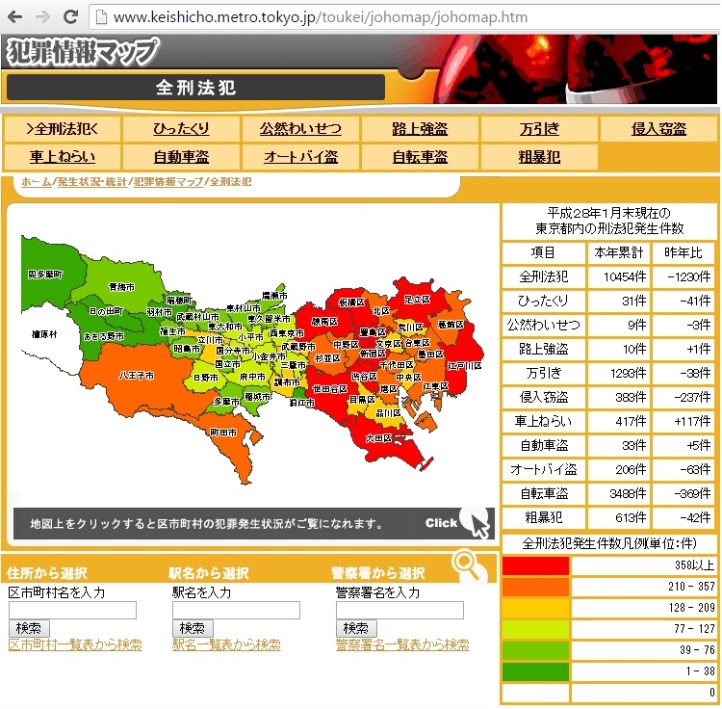 The following is the number of incidents for the month of January 2016 for several crimes, with the number of crimes listed at left:

Let’s focus on violent crime in central Tokyo. The green areas (1-3 incidents) are generally evenly distributed across the city. The few districts with more frequent violent crime activity are centered around large train stations with nearby entertainment districts.

The areas with the highest incidence of violent crime are: 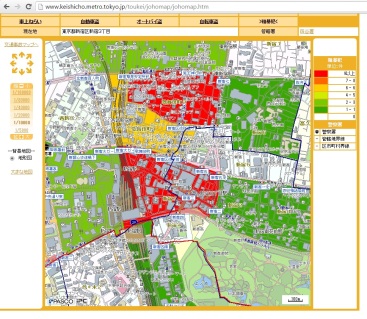 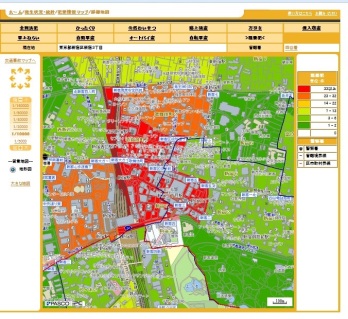 Violent crime is highest in the Shinagawa Station rail yard and the blocks east of the station, which includes the restaurant and bar area. Map centered around: 東京都港区港南２丁目  / Tokyo, Minato-ku, Konan 2-chome 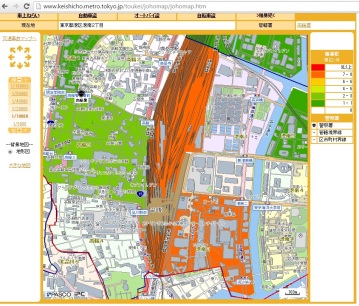 True to its upscale image, there is virtually no violent crime in the greater Tokyo Station area, which includes Ginza, Yurakucho, Marunouchi, and Otemachi. Map centered around: 東京都中央区銀座１丁目 / Ginza, Chuo-ku, 1-chome)

Violent crime in Shibuya is most common to the northwest of Shibuya Station, which includes a high concentration of shopping, bars,  restaurants, and clubs in and around Inokashira dori. Map centered: 東京都渋谷区神南１丁目 / Shibuya-ku, Tokyo Jinnan 1-chome:

In Ikebukuro, violent crime is most prevalent west of the station. Map centered around: 東京都豊島区東池袋１丁目 / Toshima-ku, Tokyo Higashi-Ikebukuro 1-chome:

High violent crime in Roppongi correlates to concentration of bars and restaurants that line Gaien Higashi Dori 外苑東通り, which is the base of the triangle in the center of the following maps. Map centered on: 東京都港区六本木５丁目 / Roppongi, Minato-ku, Tokyo 5-chome.