The rise and fall and rise of Asagaya Housing danchi 阿佐ヶ谷住宅

Asagaya Housing danchi 阿佐ヶ谷住宅 came to my attention while researching a separate danchi for another post: Ghosts of Showa: the Karasuyama apartment complex, gated communities, & the fight for Tokyo’s soul. I promptly visited, twice, in 2012, and immediately caught danchi fever. Now I’m full-fledged member of the danchi moe 団地萌え (danchi love) crowd. I even started a separate blog dedicated to danchi and large-scale housing developments in Japan: THE TOKYO FILES: DANCHI 東京団地萌え

Danchi 団地 (literally, “group land”) were and are apartment building complexes built after the end of World War II to absorb Japan’s surging urban population. The term is unlikely to be used for contemporary construction, but many old complexes are still in use, though they are increasingly faced with demolition..

Completed in 1958, Asagaya Housing danchi, near Minamiasagaya Station 南阿佐ケ谷駅, is located in Suginami City 杉並区, one of Tokyo’s 23 central “Special Wards”. It is a desirable location, served by the Tokyo Metro Marunouchi Line 東京地下鉄丸ノ内線, and more centrally located than many other Tokyo-area danchi, which are located in the neighboring Chiba, Kanagawa, and Saitama prefectures. 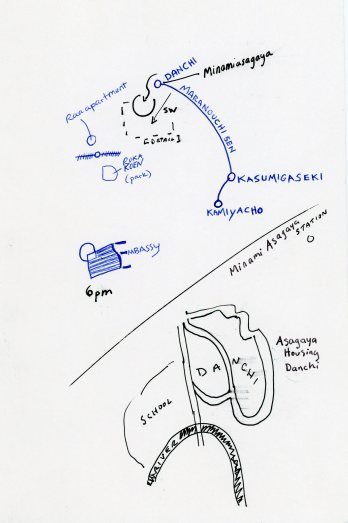 So how was the Asagaya danchi able to secure such a plum location? Swampy ground appears to be the answer. The danchi sits on the northern banks of the Zenpukujigawa river 善福寺川; this area was a marshy expanse in 1946, according to a period map (below, left). It’s precisely this swampiness that makes this stretch of river one of the most verdant and uncrowded in all of Tokyo. 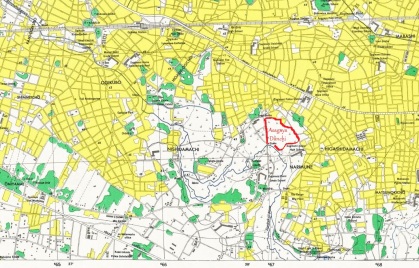 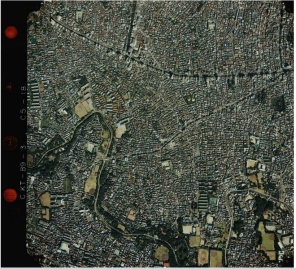 A demolition plan for Asagaya danchi was announced several years ago, and by 2012 most of the units were unoccupied. Demolition started in April 2013. You can see the remarkable changes in the aerial photographs below:

The changes are even more remarkable from the ground. A before and after (map) showing the same spot with the old danchi (2012), after demolition (2014), and during construction of its replacement (2015). 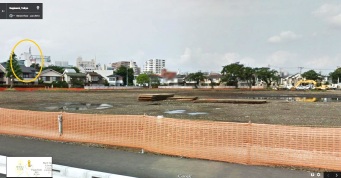 The new development, “Proud City Asagaya” 「プラウドシティ阿佐ヶ谷」, is scheduled to be completed in between 2016 and 2017 (page 18). It is not surprising that promotional materials emphasis the site’s trees and the nearby river:

When I visited the old danchi in July 2012, a handful of units were still occupied. Overall, the buildings were in various stages of disrepair, but mostly still standing. Despite the condition of the buildings, the grounds were lovely, full of grass and trees, and remarkably quiet. It’s easy to imagine enjoying a happy childhood here.

I. Water tower and exteriors 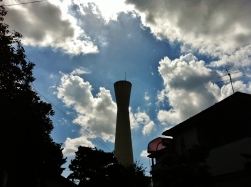 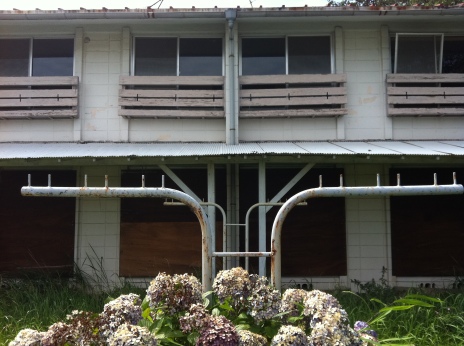 II.  Signs of danger and neglect 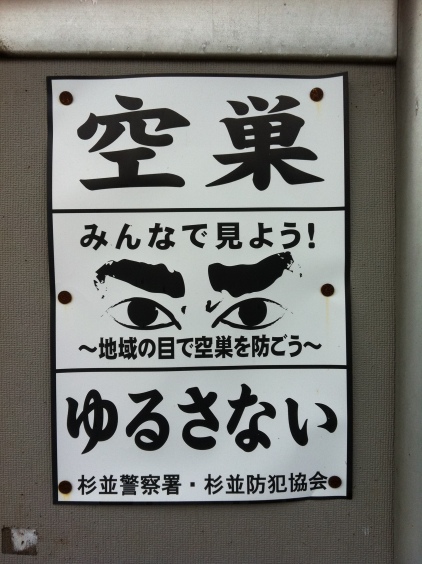 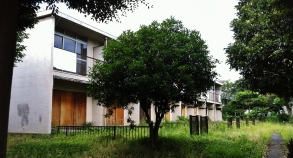 III. Signs of loneliness and abandonment 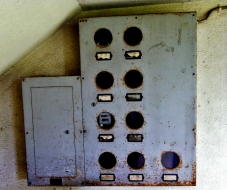 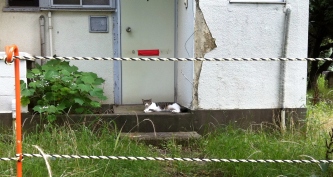 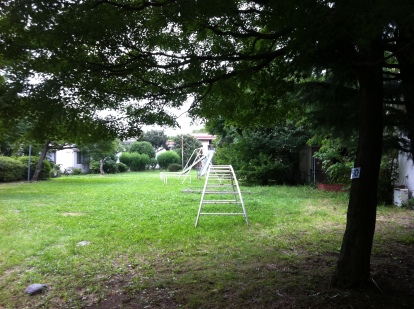 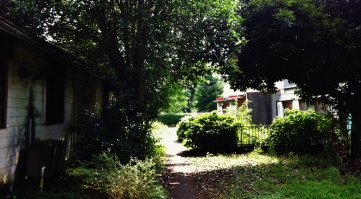 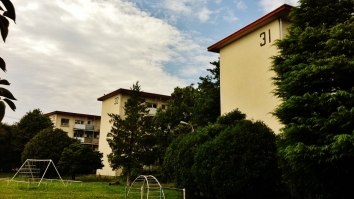 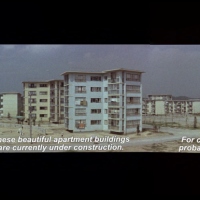 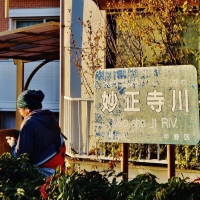