(4) The Dutch in Japan: Hirado and Dejima, Nagasaki

Cleaning out my inbox, I found an email to myself simply stating: “Hirado, Nagasaki”.

The former Hirado Dutch trading house warehouse 平戸オランダ商館倉庫 is located in the Hirado City, Nagasaki Prefecture. The Dutch used this site from 1609-1641 (source). I’ve never visited, but it appears fairly remote, a 4-hour train trip to Nagasaki City, or 3 and a half hours to Fukuoka.

Here is Hirado harbor, as seen from above (source)(map)

Having left Hirado, the Dutch moved south to Nagasaki, where they set-up shop on the artificial island, Dejima 出島, which would be theirs from 1641-1853 (source).

Here’s a map of current-day Nagasaki which shows the site of Dejima island (in orange), which has by now been absorbed into the city by the addition of reclaimed land. As a comparison, a historic map of Dejima (source)(map). 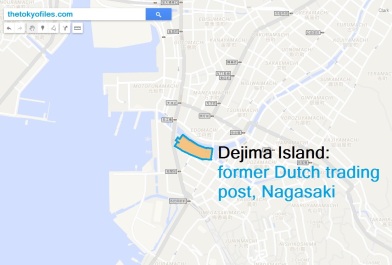 Model of the Dutch trading post at the Dejima Museum, Nagasaki (source)(map) 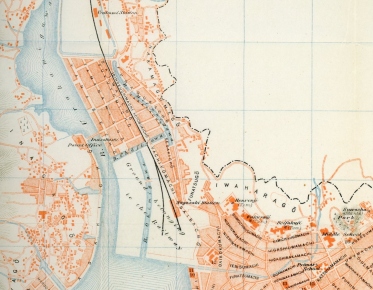 The first home for Japan's only foreigners, Dejima Island offers and insight into the past …/buff.ly/2bbfjmF pic.twitter.com/d1iMd5O5fD