Putting the wheels on my first errand: はじめてのおつかい Hajimete no otsukai

I don’t have much to add, but there’s no reason not to praise the Japanese television program, はじめてのおつかい Hajimete no otsukai (“My first errand”).

It’s terrific. I first watched it on a flight to Japan, the source of the following grainy pictures. This happens to be one of the better episodes I’ve seen:

Two young siblings need to bring boxes from the home goods store back to their house: 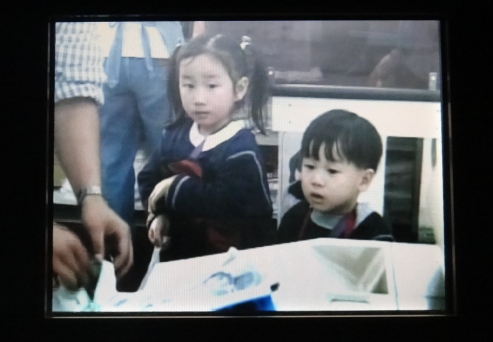 Children shopping in a screenshot from “Hajimete no otsukai” TV show. 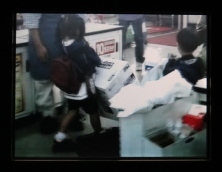 The boxes are a bit cumbersome, a bit heavy…

The kids, frustrated, head back into the store:

The man in the store affixes wheels to the bottom of the boxes:

The kids are back on their way…

This episode gets a lot better, though I don’t have any more pictures. A broken wheel, darkening skies. There’s some crying…one of the kids sits on the ground, I think.

When the kids reach home, their sense of accomplishment is well-deserved. And boy are they happy to see their mother.

There are plenty of segments available on YouTube. Just search for “hajimete no otsukai”.

Truth in advertising (and television)

Although Hajimete no otsukai is a television show, it isn’t far from reality.  A friend of mine recalls that she was sent by herself to buy tofu at the age of 2. The Japanese emphasis on young people being productive is also seen in a recent documentary short about Japanese schools: